Noeleen works absolute magic! She’s a breeze to work with. Most importantly is her unparalleled skill at being able to teach a client how to deliver great soundbites!”
Eric Yaverbaum, CEO, Ericho Communications
From content development to executive coaching to teleprompter rehearsals, Noeleen took control and the end result was a perfectly delivered keynote followed by tears and standing ovation.”
Jorja Coulter, VP, Customer Experience, National Van Lines
Noeleen helped us out at TechStars, and our companies learned a great deal about presenting in front of an audience from her. She gave them great confidence.”
David Cohen, CEO, TechStars
Noeleen is a master of her craft…She is a consummate professional, who thrives in challenging settings, whether with groups, one-on-ones, or virtual and in-person environments. She simply makes people better communicators.”
Shannon Coughlin, CommCore Consulting Group
Previous
Next

“Noeleen’s extensive knowledge combined with friendly demeanor kept each of our participants at ease while they expanded their [media training] skills. By quickly identifying the strengths of each of our trainees, Noeleen gave them a strong foundation on which to build their new communications abilities. While other media trainers I’ve worked with have left their students with a list of “do’s and don’ts” to worry about, Noeleen left them with the two things they really need: new skills and the confidence to use them.”

“You only get one shot at a great first impression. Why risk doing OK if you can get to “great”? I highly recommend working with Noeleen McGrath to help bring out the best in you for important presentations and media opportunities. It could make all the difference.”

“Noeleen coaches confidence. I learned to look right into the camera and simply be who I am. Noeleen is so authentic; she gently leads you to exhibit genuineness too. The result? You’re better than you ever thought you could be. If you need to be at your best in front of a camera or audience, you can’t get a better partner!”

“I can’t speak more highly of Noeleen. She has been a valued consulting partner over the course of National Van Lines’ last 4 bi-annual conventions, but this last one took our relationship over-the-top. Working with Noeleen to develop the final keynote speech for retiring CEO, Maureen Beal, was a labor of love. Something that important and personal could only be entrusted to a consummate professional and Noeleen delivered. From content development to executive coaching, to teleprompter rehearsals, Noeleen took control and the end result was a perfectly delivered keynote followed by tears and a standing ovation! It was the most highly-rated convention presentation in the 20 years I’ve been with National Van Lines. It doesn’t get any better!”

“Noeleen McGrath is a consummate professional who brings intelligence, depth, and wit to all of her client interactions. Noeleen’s understanding of how media works is stunning and her ability to easily translate that understanding for her clients is an invaluable service. I highly recommend that anyone who wants to advance their exposure in the social arena or who seeks to refine their public image consult with Noeleen McGrath.”

“I highly recommend Noeleen as a person of integrity who knows how to have fun and as a media and communications trainer. She thinks very far ahead of most people and she gives you more than you expected. Her insights have been invaluable. The next time one of my clients needs help refining the company’s messaging, Noeleen is the person I’m calling.”

“I have had the pleasure of working with Noeleen on a number of occasions. She has helped train my team, which included members both brand new to the spokesperson role and seasoned in their experience. More recently, Noeleen provided a tailored, personal training session for our Chief Executive Officer. She was prepared, professional and knowledgeable. Everyone found this training extremely useful and have referenced the key learnings numerous times. Noeleen has always been very responsive and her past experience as a journalist makes her sessions even more credible and applicable to real situations. Noeleen is a trusted source in providing media training and preparation.” 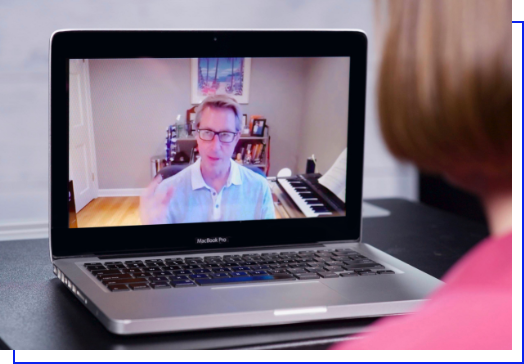 “Noeleen is a master of her craft. She has helped coach our clients with advanced communications and presentation skills for a variety of industries and audiences. She is a consummate professional who thrives in challenging settings, whether with groups, one-on-ones, or virtual and in-person environments. She simply makes people better communicators!”

“Noeleen got me to believe I could actually be a really good public speaker. Focus on the things I was doing wrong, fix ‘em, and bam! Now I feel like a professional who could go in front of any audience at any stage of preparation and knock it out of the park!”

“[Noeleen] took what is an intimidating topic and distilled it down into understandable AND actionable steps for each one of the participants in her session. Should you need guidance on media training as a professional… I highly recommend partnering with Noeleen.”

“Noeleen’s approach to media training is accessible, precise, and comprehensive. A friendly and open resource, Noeleen brings a genuine desire to provide tools for engaging with the media for the first time or to improve messaging and presentation with more experienced individuals. She is a true joy to work with from workshop inception to the last question. Noeleen’s trainings have helped equip Chicago’s best and brightest leaders to further their leadership in the public sphere. I couldn’t recommend– both her virtual and in-person sessions– more strongly.”

“I can’t begin to say enough good things about Noeleen. I have worked with her for the past 8 years and she’s the BEST in the biz! Clients love her. If you’re looking for someone who is 100% professional and gives 110% to every job Noeleen is the person for the job. I would refer her to anyone and everyone!”

“I had the pleasure of working with Noeleen to polish my on-camera presence in preparation for a series of media interviews. She has sharp instincts and a wealth of knowledge about how to consolidate key points and deliver information in the most compelling way when speaking with the press.” 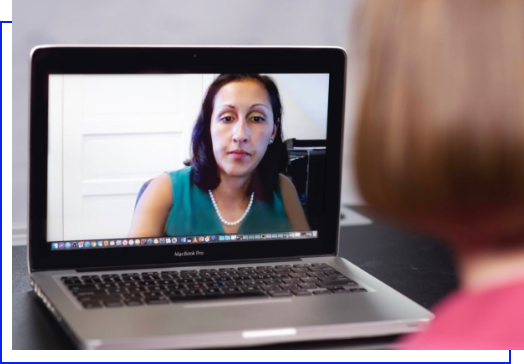 “I hired Noeleen to help me prepare for media appearances related to my book, something that I utterly dreaded. I hate the camera and public speaking. But after a bootcamp with Noeleen, I felt prepared for anything. She helped me sharpen my message and consulted on everything from what to wear, how to sit, to how to handle the tough questions. It worked! I don’t dread public appearances now. She was the best investment I’ve made in a long time.”

“I recently started doing national and local television interviews and quickly realized that I needed some media training. Noeleen’s observations and analysis were so spot -on-it was as though she could read my thoughts. Her assessments of my performances and her suggestions for improvement proved invaluable. I am blown away with Noeleen’s insight and professionalism. I can’t imagine a better media coach.”

“I first “met” Noeleen on Twitter where I was mesmerized by her ability to share such usable media tips via 140 characters. After following her tweets for several weeks, I broke down and called her to help me with my on-camera presence. I’d been making videos for my site, The Healthy Beauty Project, for several months and was beginning to get media coverage on small TV stations. I was also doing radio interviews. I really wanted to take it to the next level, but I knew what I was doing on my site wasn’t going to cut it in the big leagues. Noeleen jumped right in and told me in her professional, but no-nonsense way exactly what I needed to work on. I did and my next several videos were much better. Now I’m more confident, as I approach the larger television stations, that I can really give a good interview! I’ve even been chosen to do beauty videos for Tyra Banks’ new website, Type F! I can’t thank Noeleen enough for all that she’s taught me.”

*We respect the privacy of our clients. We routinely sign non-disclosure agreements with our Fortune 500 and Fortune 1000 clients to ensure complete confidentiality. Many thanks to those who offered to share their recommendations.